What's on the Hill

At the eastern tip of North-Northamptonshire, England 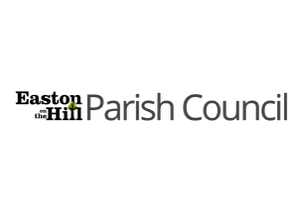 Welcome to our village

Located at the north eastern tip of North-Northamptonshire, UK. Sited on the A43, approximately 3.5 miles from Stamford.

Easton on the Hill

The village is compact in form, with the older part of the village located north of the High Street. It was recorded in the Domesday Book as “Estone”. The A43 was originally thought to have been a back lane to the High Street, and subsequently became a main turnpike. The oldest building in the village, excluding All Saints Church, is the Priest's House.

It was built in the 15th Century, extensively restored in 1867 and it is now owned by the National Trust. All Saints Church dates from the 12th Century and has been enlarged and altered over time, the last major building works taking place in the late 19th century.

Read what Wikipedia has to say about us.

Pictures from the village, past and present.

Only 2 public house's remain, from a total of 8 in the 19th Century.

There are a number of places of interest, to visit

A collection of the varied business's calling Easton on the Hill, home.